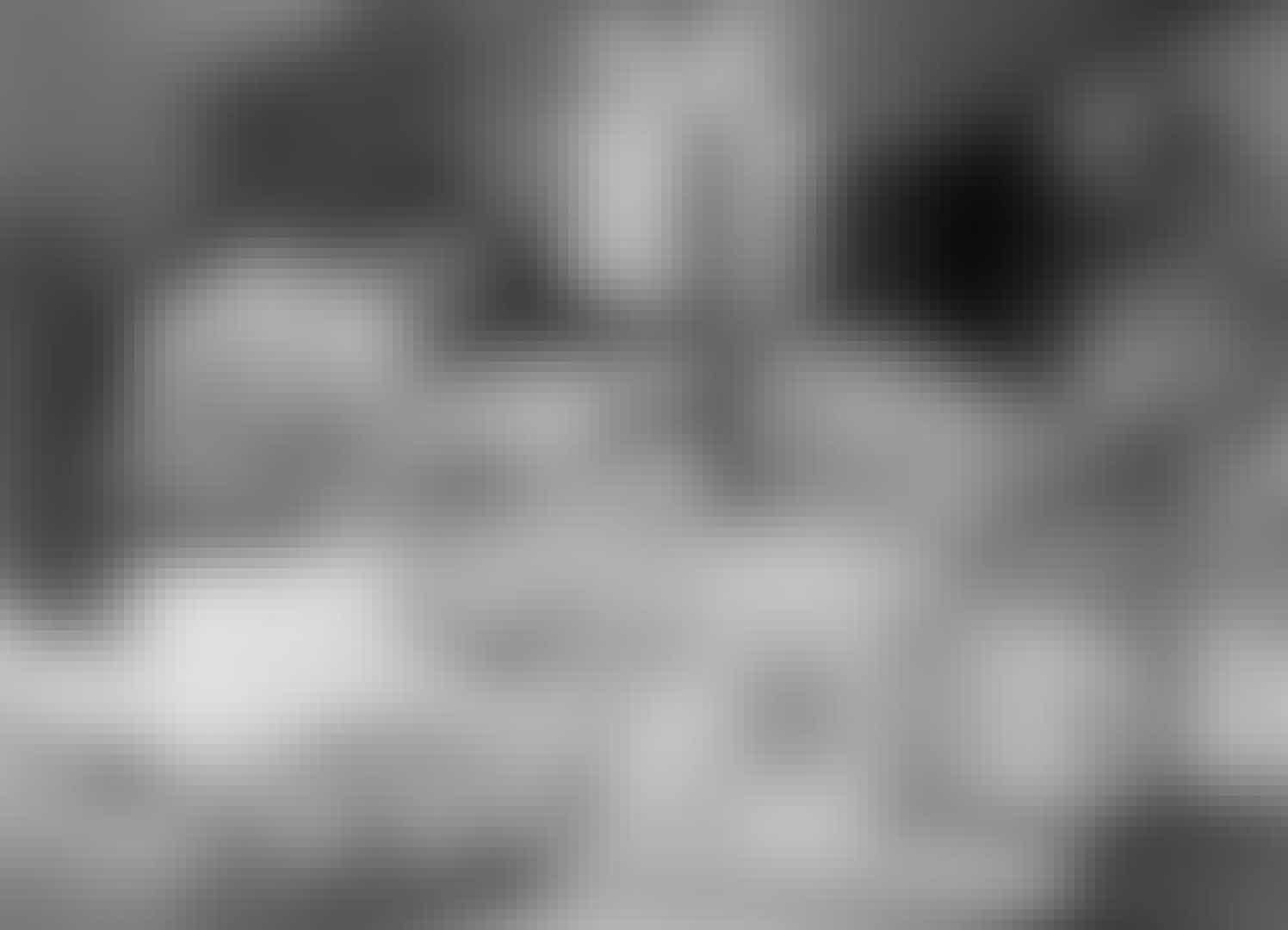 Duke Ellington wrote a song in 1931 titled “It Don’t Mean a Thing (If It Ain’t Got That Swing),” and for a generation of music lovers those were words to live by. Swing music ruled the airwaves and the dance floors throughout the 1930s to the mid-’40s, and the artists that led swing bands became internationally beloved celebrities. Swing is a term often used in reference to large dance bands of 15 or more musicians that played written arrangements using improvised sections alternating with arranged passages by brass and/or reeds. The style features prominent horn riffs, call and response between the brass and reed sections, and a consistent rhythmic drive derived from walking and/or boogie-woogie-type bass lines. The swing style developed in the 1930s and continued to be popular throughout the 1940s and beyond as a distinctive genre.

“Kansas City was the ‘swingingest’ sound in the world. They had the Blue Devils. They had Count Basie, they had Benny Moten, they had George Lee, they had Junior Lee, they had Lester Young, they had Walter Brown.”
Dave ClarkJazz Record Promoter

Swing is an outgrowth of the 1920s big band traditions in Chicago, Kansas City, and New York City. By the 1930s, these and other cities became major centers for the development of the swing style. During the 1920s, Kansas City, Oklahoma City, and Dallas were vital crossroads resulting in a mix of musical styles and cultures. Transcontinental trips often required a stop in one of these cities. Kansas City, in particular, became a wide-open town totally ingrained in the entertainment business. Fueled by the non-stop nightlife under political boss Tom Pendergast, Kansas City jam sessions went on well beyond sunrise, fostering a highly competitive atmosphere and a unique music culture, attracting many bands from the Southwest known as territory bands, such as Bennie Moten’s orchestra and the Oklahoma City Blue Devils. Count Basie became an Oklahoma City Blue Devil around 1929 and also played with Bennie Moten. After the end of both bands, Basie formed his own orchestra, recruiting members from these two bands.

“What I heard in that first nine-piece Basie band was the sort of free, swinging jazz that I have always preferred. Fletcher’s [Henderson] band had the same elements; so did Benny Moten’s back in 1932, when Basie played with him.”
John HammondJazz record producer

In Kansas City, Bennie Moten’s and Count Basie’s bands had begun developing a looser type of big band arrangement that allowed for freer styles of soloing, giving rise to a unique Kansas City swing style in the 1930s. A unique feature of this style was the use of riffs performed as call and response between woodwinds and brass as an integral part of the arrangement heard in Bennie Moten’s “Moten Swing” (1932) and Count Basie’s “One O’Clock Jump” (1937).

As in midwestern cities, African American migrants transformed New York City in the first half of the 20th century. In Harlem, the creative and literary arts, Black musicals, and big band entertainment flourished within the movement known as the Harlem Renaissance, in which music played as great or possibly a greater role than literature. African American theaters and night clubs, the Apollo, the Savoy, and the Lafayette, became legendary for presenting jazz combos and orchestras. The Cotton Club started in Harlem before it moved downtown. Performers played, sang, danced, and presented shows and stand-up comedy in these large entertainment venues. Jazz orchestras were necessary for the shows and musicals, and well-trained musicians were highly valued.

“Every week they would feature a guest band at the Savoy Ballroom. All the big bands would go up there. But Chick Webb’s band would cut them.”
Sonny GreerDuke Ellington’s drummer (1924–1951)

Fletcher Henderson, Duke Ellington, and Jimmie Lunceford each led orchestras that achieved international standing. Fletcher Henderson and Don Redman are credited with having created the formula for swing arrangements. They established independent patterns for the trumpets, trombones, saxophones, and the rhythm section within segments of the arrangement that featured improvised solos. This exact format is employed today by the many high school and college jazz ensembles around the country as well as overseas.

Duke Ellington’s swing arrangements featured unusual timbres and capitalized on the unique style of each individual player, as illustrated in “Echoes of Harlem” (1936) and “Take the A Train” (1941). Other swing bands in New York City and beyond incorporated the defining elements associated with the Kansas City tradition to which they added their own stamp, as did Chick Webb and His Orchestra (“Stomping at the Savoy,” 1934), and Lionel Hampton and His Orchestra (“Flying Home,” 1942).

The International Sweethearts of Rhythm, the first multiethnic all-female swing band, formed in 1937 at Piney Woods County Life School, Mississippi. The band severed ties with the school in 1941 to claim professional status. Led by an African American woman, this 16-member band gained notoriety across the United States and in Europe, despite the challenge of imposed racial and gender restrictions. The International Sweethearts of Rhythm became known for its strong riffing brass section, heavy percussion, rhythmic sensibility, and dynamic blues playing heard in “Jump Children.”

African American big band arrangers such as Fletcher Henderson and Eddie Durham were major contributors to the success of white bandleaders such as Benny Goodman, Artie Shaw, and Glen Miller. The popularity of their bands in the mainstream reveals the extent to which jazz and blues had become the most popular dance music of the 1930s and 1940s.

During the swing era, popular, blues, and jazz vocalists were essential to big band performances. Louis Armstrong was the first to establish vocals as a part of an instrumental tradition. His pioneering vocal style, which treated his voice as an instrument, provided the foundation for vocal jazz interpretation. Scat singing, along with his gravelly voice, became Armstrong’s trademark sound, as heard in “Lazy River” (1931).

Jimmy Rushing, Oklahoma City native and early member of the Blue Devils, set a style in blues and jazz that was imitated widely by others. In the mid-1930s, he was the featured soloist in the Basie Orchestra.

Billie Holiday is considered to be the most influential of the jazz singers of the century after Louis Armstrong, who influenced her style. Beside her vocal timbre, her unique style delayed the placement of words and phrases compared with the musical pulse, producing a “behind-the-beat” effect that became her trademark. She recorded with various jazz orchestras, including her own (“Long Gone Blues,” 1939) and those led by Benny Goodman (“Your Mother’s Son-in-Law,” 1933) and Teddy Wilson (“Sugar,” 1939). Holiday crossed musical genres, singing jazz, blues, and pop while keeping her individual singing style.

“The one radio voice that I listened to above others belonged to Ella Fitzgerald. There was a quality to her voice that fascinated me, and I’d sing along with her, trying to catch the subtle ways she shaded her voice, the casual yet clean way she sang the words.”
Doris DayPop Singer

Ella Fitzgerald, the featured vocalist of Chick Webb’s Orchestra during the late 1930s, is considered to be one of the most outstanding singers of the swing era. Her vocal command expanded to an unusual range of four octaves, and she is best known for her melodic approach to scatting. Fitzgerald was unique in her ability to render exact imitations of nearly any instrument in the band. Fitzgerald recorded several standards that became hit songs. Her version of the nursery rhyme “A-Tisket, A-Tasket” (1938) brought her international fame. Among all the jazz vocalists that followed, most cite her as having the most influence on their scatting style. Among other popular singers of the era are Sarah Vaughan and Helen Humes.

“A lot of singers think all they have to do is exercise their tonsils to get ahead. They refuse to look for new ideas and new outlets, so they fall by the wayside...I’m going to try to find out the new ideas before the others do.”
Ella FitzgeraldJazz Singer

“I stole everything I ever heard, but mostly I stole from the horns.”
Ella FitzgeraldJazz Singer

Other renowned vocalists are blues singers Jimmy Rushing with “You Can Depend on Me” and Joe Williams’s “Roll ’Em Pete,” featured with the Count Basie Orchestra, whose repertoire included ballads, jazz and pop standards.

A distinctly new genre appeared in the late 1930s that to some degree bridged the differences between big band swing and bebop combos, and this was West Indian influenced music. Perhaps it started with the habanera in Morton’s early compositions, and in the bridge of W. C. Handy’s “St. Louis Blues,” but by the late 1930s, with the migration of Cubans and Puerto Ricans to New York City, Afro-Cuban music emerged along with new dances, such as the rhumba. Cubans Mario Bauzá and Machito (Francisco Raúl Gutiérrez Grillo), founder of the Afro-Cubans; Puerto Rican Ernesto Antonio “Tito” Puente with “Oye como va”; and Afro-Cuban drummer Chano Pozo (Luciano Pozo González), famous for playing with and influencing Dizzy Gillespie’s “Manteca,” were among the most prominent band leaders and musicians. These artists added new instruments—such as congas, other percussion instruments, timbales, maracas, and claves—and relied on powerful multi-rhythmic pulses to highlight jazz compositions within the big band as well as the small combo formats. Charlie Parker’s album South of the Border illustrated the influence of this genre on a bop artist, and the Tokyo Cuban Boys, an Afro-Cuban band dating from the post–World War II years, exemplified the music’s international appeal.

The most prominent features of big band swing were the use of written arrangements and improvised solos, repetitive horn riffs, call and response between the brass and reed sections, and a rhythmic drive derived from walking and/or boogie-woogie type bass lines.

In swing, the saxophone was usually featured as the leading instrumental soloist. Bassists generally assumed the role of timekeeper, while drummers functioned in a dual capacity. Foremost, they accentuated the movement of choreographed dancers. This pattern reinforced the second and fourth beat of every measure and later became known as a “back beat.” Additionally, the drummer accommodated the improvisations of soloists, providing a non-intrusive, laid-back swing pattern.

Jazz vocalists during this era were highly influenced by horn players. They used their voices as instruments to demonstrate their command of scat singing.

The repertoire of swing bands featured both jazz and popular arrangements. The latter included blues, ballads, novelty songs, and Broadway tunes. The lyrics kept within these traditions. Many swing-era compositions were written by professional songwriters employed by song publishing companies. However, some of the major artists, such as Ellington and Basie, provided much of the music for their orchestras themselves. 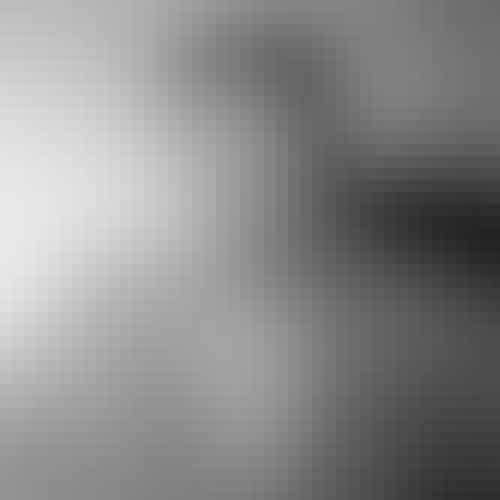 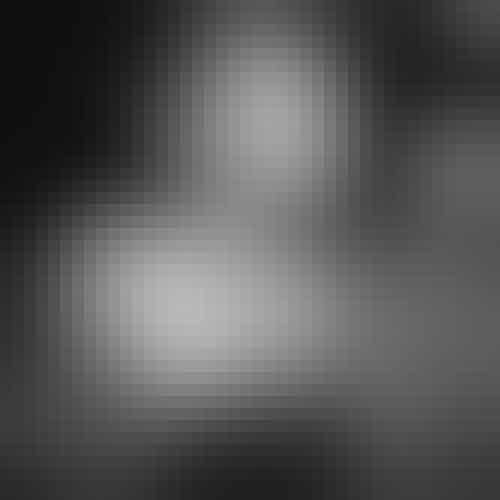 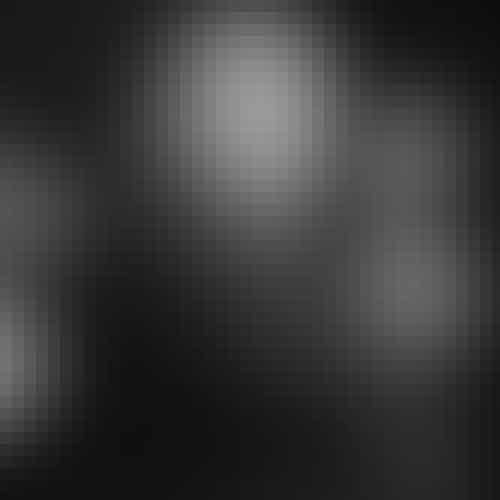 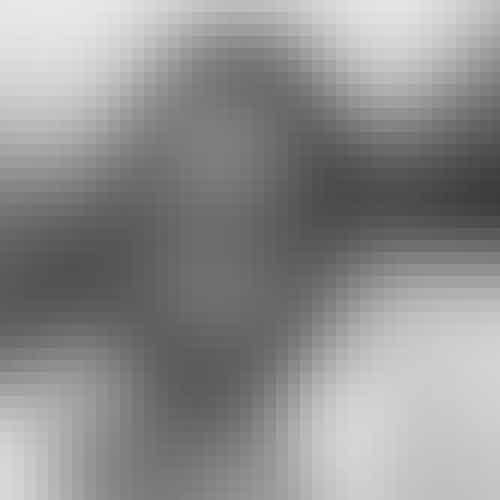 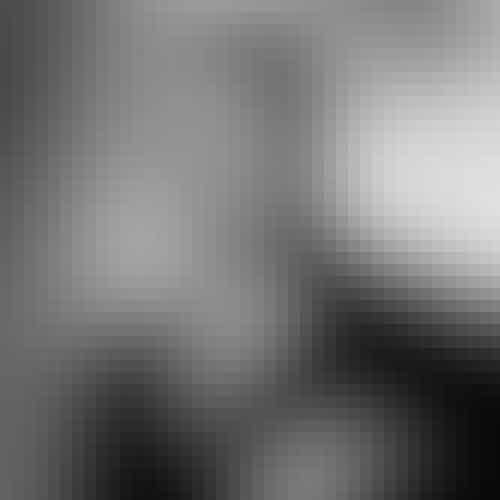 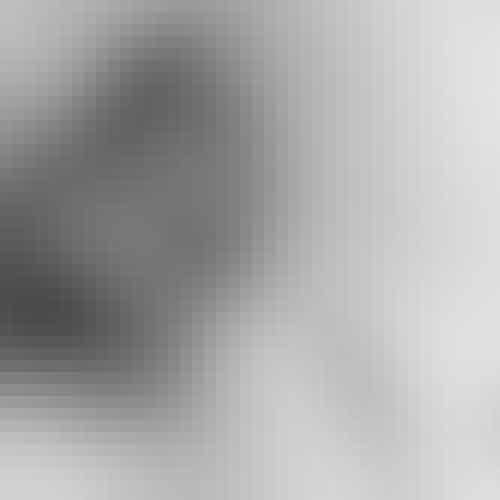 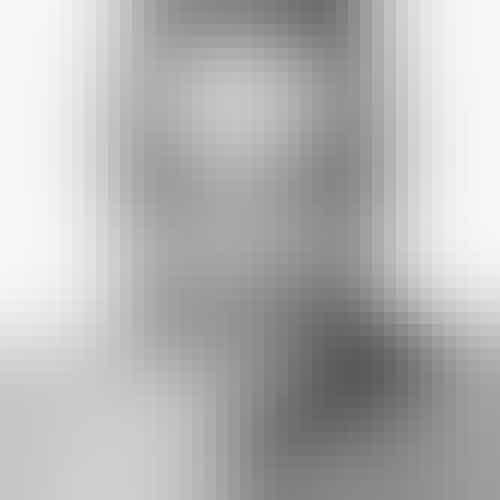 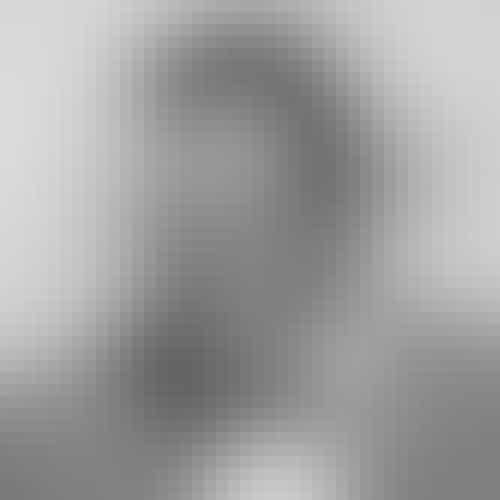 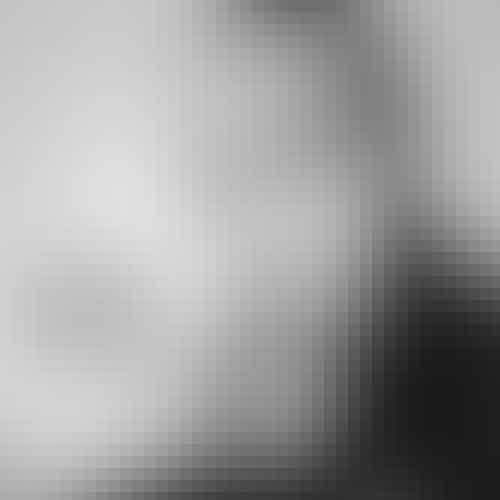 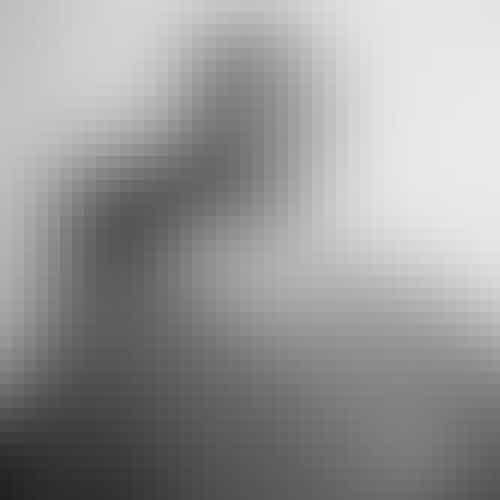 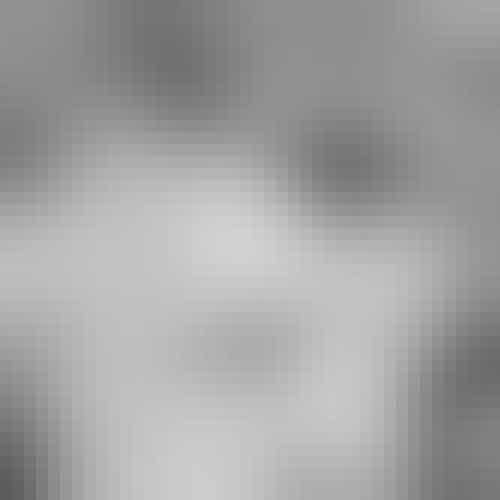 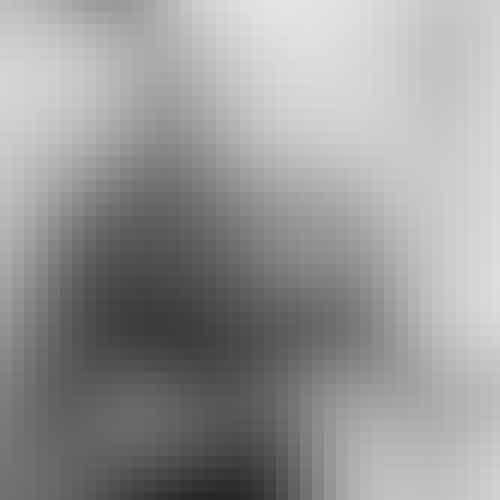 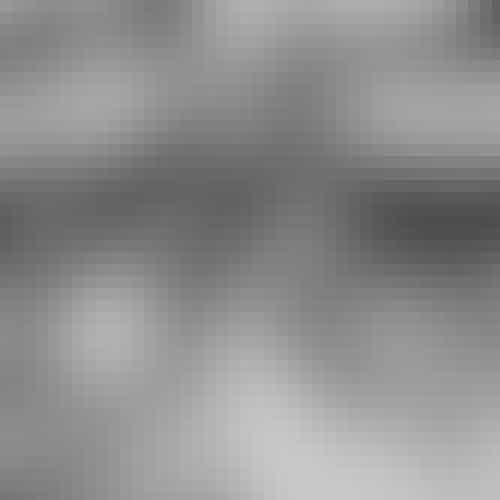