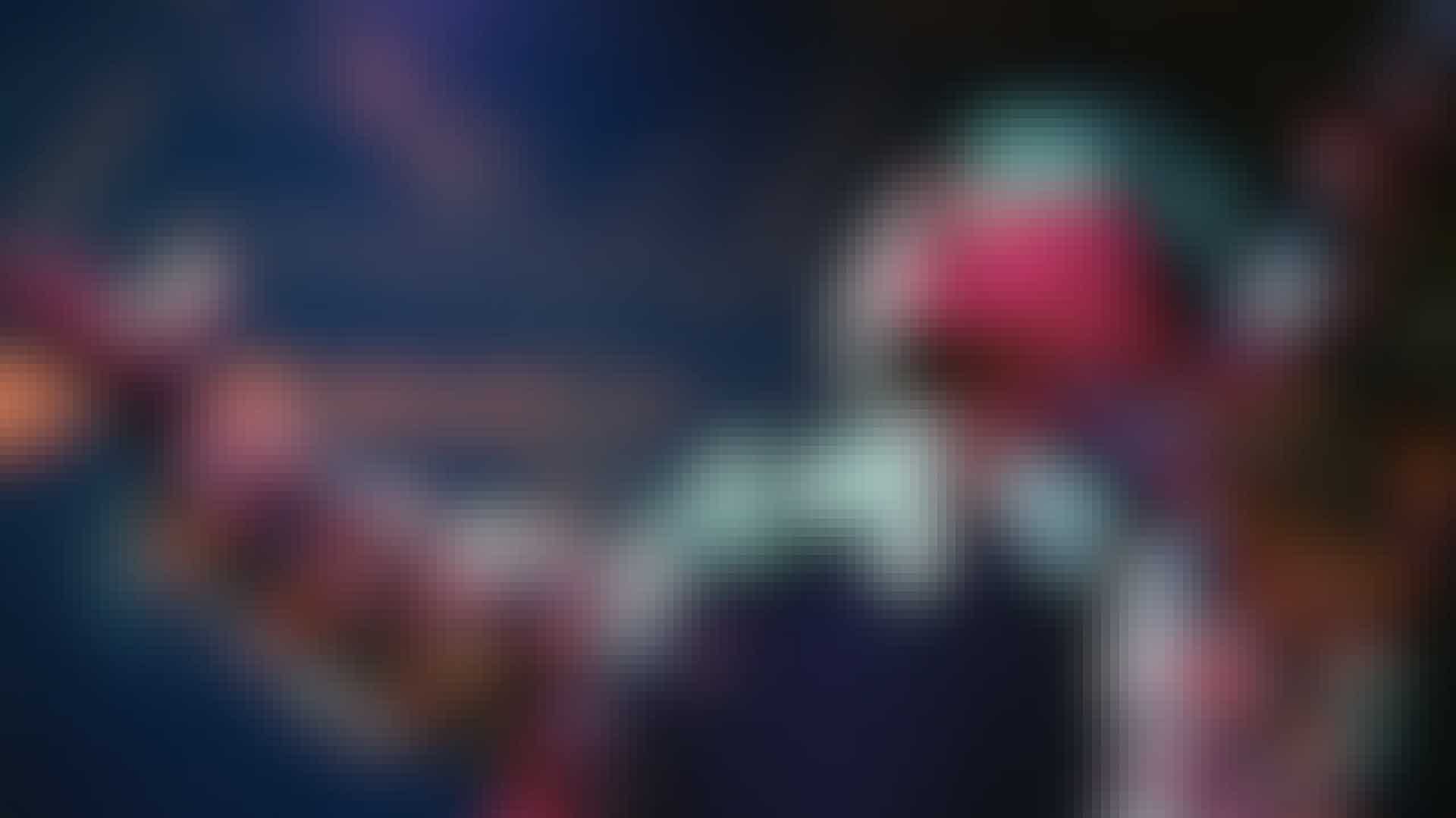 In 1965 Fats Domino said, “What they call rock ‘n’ roll is rhythm and blues. I’ve been playing it for 15 years in New Orleans.” Rock ‘n’ Roll was the inevitable clash of African American rhythm and blues with elements of swing, boogie-woogie, urban blues, Latin rhythms (clave), Country and Western, Rockabilly, and Tin Pan Alley popular song, all infused with a teenage sense of rebellion and independence that blossomed just after World War II. Early rock ‘n’ roll artists established a distinct sound characterized by an aggressive beat and prominent electric guitars, saxophone solos, and pumping pianos. To be young in the mid-’50s to early ’60s and not be a rock ‘n’ roll fan was to be “square.”

The term rock ‘n’ roll has been traced back as far as the 1920s in Black music, when Trixie Smith recorded “My Baby Rocks Me with One Steady Roll” in 1922. It became the accepted label for this developing genre when in 1951, Cleveland disc jockey Alan Freed began calling his rhythm and blues radio show “Moondog’s Rock and Roll Party.” Little Richard, Fats Domino, Chuck Berry, Bo Diddley, and several other African American singer/songwriter musicians were among the first to transform the sound of rhythm and blues by introducing new musical elements.

As rhythm and blues transitioned to rock ‘n’ roll, vocalists such as Ruth Brown (“Mama, He Treats Your Daughter Mean,” 1953), LaVern Baker (“Tweedlee Dee,” 1955) and Etta James singing with the Johnny Otis Orchestra (“The Wallflower,” 1955) established the rhythmic vocal style that characterized rock ‘n’ roll and promoted the music to Black and white teen audiences. The prominence of the electric guitar as played by Chuck Berry (“Maybellene,” 1955) and Bo Diddley (“Bo Diddley,” 1955 with Chuck Berry), made the guitar a focal, soloing instrument, ultimately displacing the saxophone from the central position it held in rhythm and blues, and inspired young fans in England as well as America to learn to play the guitar. Alongside the more frenetic instrumental rock ‘n’ roll sound of the mid-1950s, teenage “doo-wop” a cappela harmony groups such as the Clovers (“Don’t You Know I Love You,” 1951) and Billy Ward and His Dominoes (“Have Mercy, Baby,” 1952) developed a unique sound defined by their roots in Southern-flavored blues and gospel music, respectively. They added instrumental combo accompaniment that included solo tenor sax, handclapping, and an emphasis on beats 2 and 4 that Wild Bill Moore popularized in “We’re Gonna Rock, We’re Gonna Roll,” 1947.

Some doo-wop groups took the names of cars as their own, such as the Cadillacs (“Speedoo,” 1955) and the El Dorados (“At My Front Door,” 1955). Others took the names of birds such as the Orioles (“Crying in the Chapel,” 1953) and the Flamingos (“I Only Have Eyes for You,” 1959). Other singing groups, particularly the Coasters (“Yakety Yak,” 1958 and “Charlie Brown,” 1959), specialized in novelty or comedy-styled songs. Other vocal groups included The Chords, Little Anthony and the Imperials (“Tears on My Pillow,” 1958), and Frankie Lymon and the Teenagers (“Why Do Fools Fall in Love,” 1956). The Platters were one of the most commercially successful vocal groups of the era, and their song “The Great Pretender” (1955) was the first doo-wop group to reach number one on the pop charts. All-female harmony groups also came on the scene in the late 1950s. The Chantels (“Maybe,” 1957) and the Bobbettes (Mr. Lee,” 1957) were followed successfully in the early ’60s by the Shirelles, who were the first all-female group to have a number one pop hit in the rock ‘n’ roll era. Their song, “Will You Still Love Me Tomorrow” charted in 1960 and ushered in a critical mass of all-female “girl groups” onto the R&B and pop charts. Most of these groups, including the Crystals, the Chiffons, and the Ronettes (“Be My Baby,” 1963), were African American. The Black vocal group sound became a staple of pop radio during the 1960s, through girl group music and the music of artists recording for the Detroit-based Motown label which produced a steady stream of hits featuring artists such as Mary Wells, The Miracles (featuring Smokey Robinson), Stevie Wonder, Martha and the Vandellas, the Temptations, the Four Tops, Marvin Gaye, and the Supremes (featuring Diana Ross).

The rhythm and blues and rock ‘n’ roll songs of Black artists influenced their white counterparts. Several established and/or advanced their careers in rock ‘n’ roll by covering the recordings of Black artists, synthesizing the same rhythm and blues elements that their Black counterparts had updated, and adding elements of country and western music to the mix. These artists include Bill Haley and His Comets, Elvis Presley, Buddy Holly, Jerry Lee Lewis, Carl Perkins, and the Everly Brothers.

By the mid- to late ’60s, British artists such as the Beatles, Rolling Stones, the Who, the Yardbirds, and the Animals, had begun to cover and interpret Black rock ‘n’ roll and urban blues from the previous 25 years. Their hybrid productions, introduced to Americans through the “British Invasion” launched with the arrival of the Beatles in the US in 1964, ultimately evolved into what became known as rock music. At the same time Black artists such as Sly and the Family Stone, Buddy Miles, Jimi Hendrix (recording with Mitch Mitchell and Noel Redding as The Jimi Hendrix Experience), and Love, created a unique rock sound by fusing elements from rhythm and blues, blues, gospel, funk, and soul with guitar-driven grooves and innovative technologies. Jimi Hendrix and Sly and the Family Stone both performed at Woodstock, the iconic concert event of the 1960s, and were among the most popular and visible figures in rock. African Americans also had an impact on rock working behind the scenes. Tom Wilson helped launch the folk-rock movement through his work as producer of Bob Dylan’s first electric album Bringing It All Back Home (1965) and of Dylan’s biggest hit single “Like a Rolling Stone” (1965). Wilson’s decision to add electric guitar, bass, and drums to folk duo Simon and Garfunkel’s acoustic track “The Sounds of Silence” (1966) modeled the fusion of electric instrumentation and folk music that characterized the new sub-genre. Starting in the 1960s and continuing into the 1970s, the gospel-derived background vocals of African American women vocalists such as Darlene Love, Madeline Bell, Doris Troy, Venetta Fields, Clydie King, Gloria Jones, Claudia Lennear, and Merry Clayton, who is well-known for her contribution to the Rolling Stones’ 1969 single “Gimme Shelter,” became fixtures on a wide range of recordings by white rock artists such as Dusty Springfield, the Rolling Stones, Joe Cocker, Humble Pie, Pink Floyd, Lynyrd Skynyrd, and Bob Dylan. In spite of the presence of these African American artists in the rock scene, by the end of the 1960s, the majority of musicians and fans associated with the music were white, a result of record label and media decision-making that linked musical genres to racial categories. Thus, rock became associated with British and American white artists.

Rock ‘n’ Roll is generally faster and more aggressive than 1940s rhythm and blues. The combination of a rock ‘n’ roll beat (created by Little Richard, Chuck Berry, Bo Diddley and others) with sing-along refrains (known as “hook lines”) appealed to the musical tastes and cultural values of America’s youth. The addition of strings to some recordings (notably those of the Drifters, the Platters and the Shirelles) gave the music an urbane sound that complemented the youthful vocal qualities of the singers. 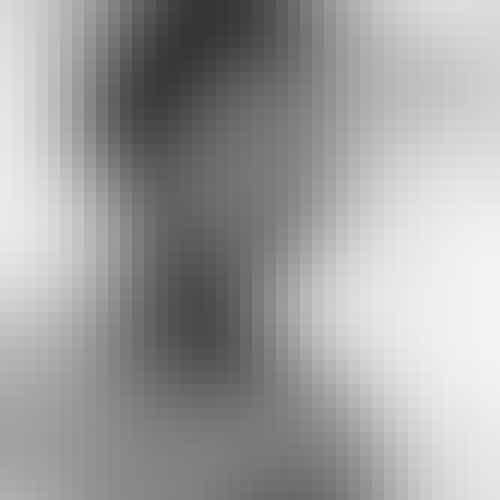 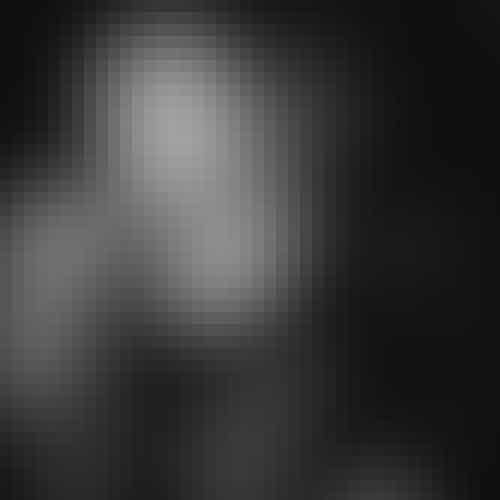 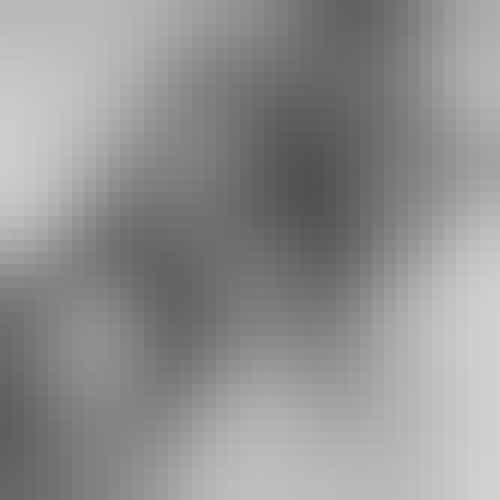 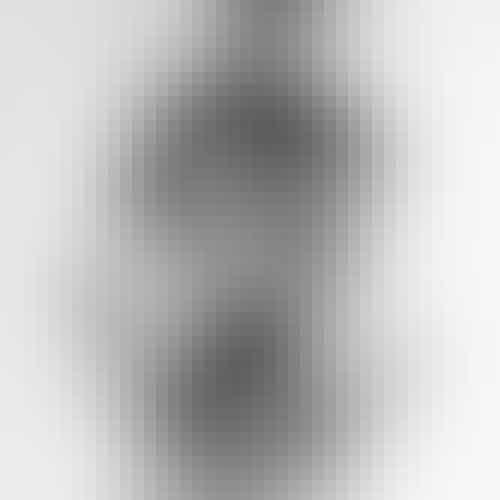 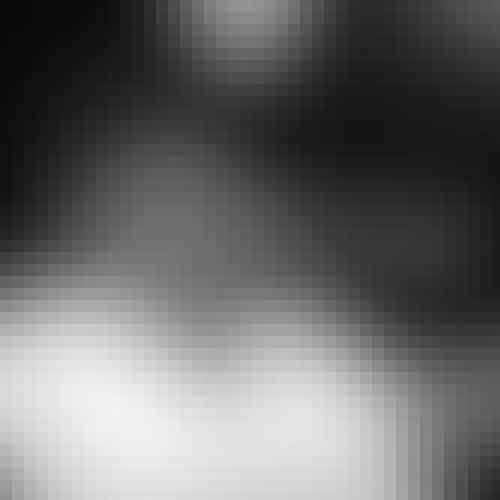 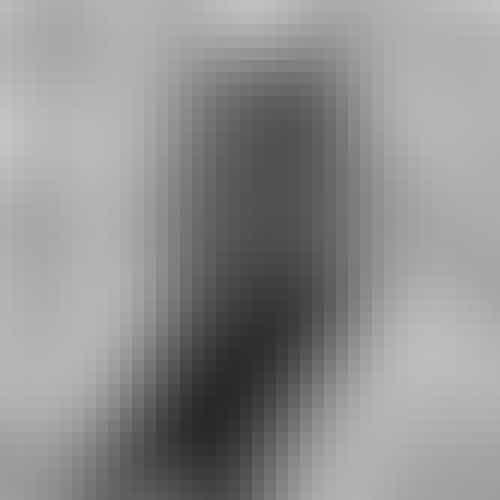 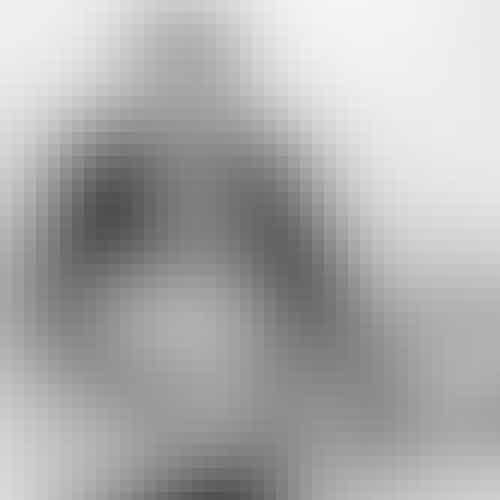 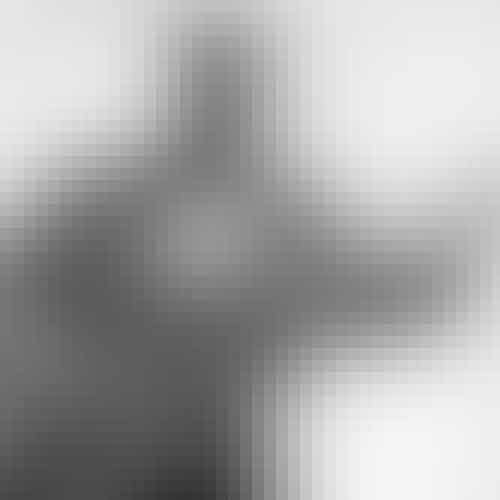 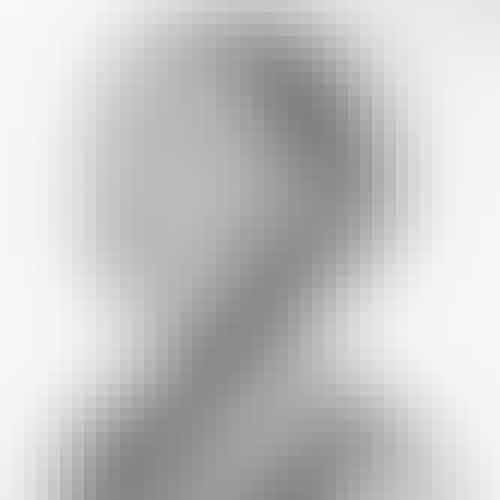 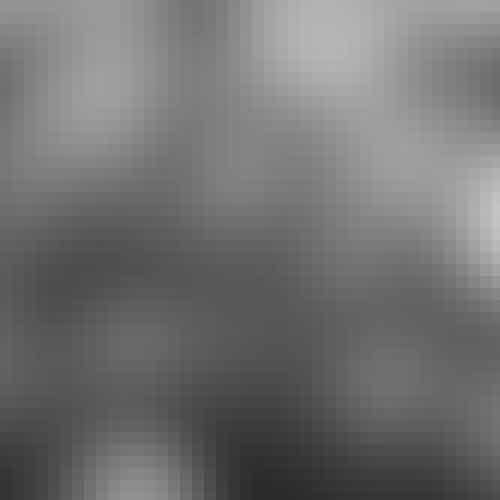 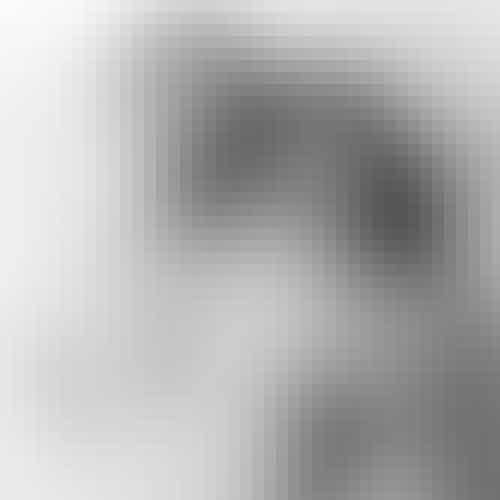 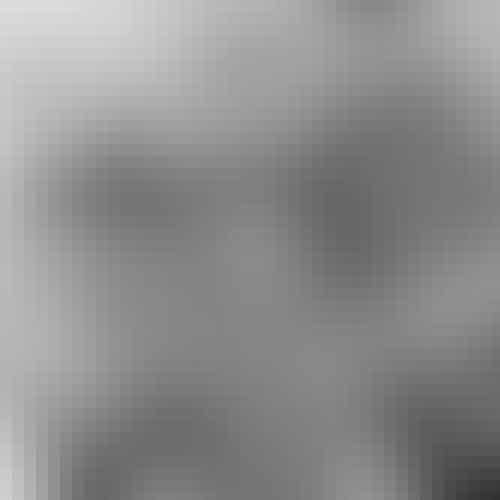 is an associate professor in the Department of Music at New York University. She is the author of Black Diamond Queens: African American Women and Rock and Roll (Duke University Press, 2020) and Right to Rock: The Black Rock Coalition and the Cultural Politics of Race (Duke University Press, 2004). Mahon’s articles on gender, race, genre, and popular music have appeared in academic venues and on the websites of National Public Radio and the Rock and Roll Hall of Fame and Museum. She has held fellowships from the American Association of University Women, the Ford Foundation, the National Endowment for the Humanities, and the National Science Foundation. She was the Chief Academic Advisor for “Soundtrack of America,” the five-night concert series commission by filmmaker Steve McQueen that opened inaugural season of The Shed in Manhattan in 2019.