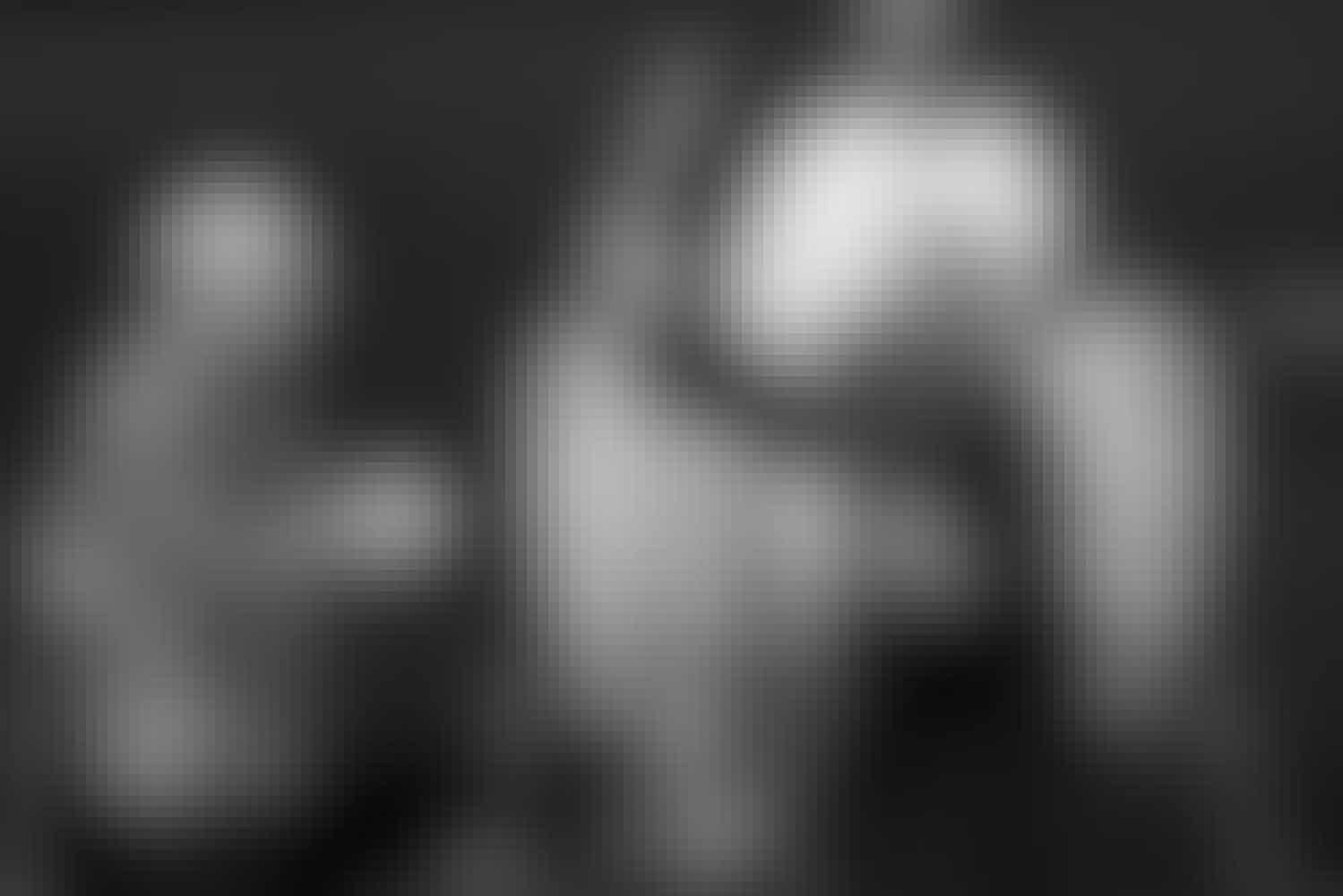 Musical Exchange Across the “Black Atlantic”

“They [James Brown and his band] picked a lot from Fela when they came to Nigeria. It’s like both of them sort of influenced each other. Fela got influenced in America, James Brown got the influence in Africa.”
Tony AllenFela’s Drummer

From the moment the first African slaves arrived on the shores of the Americas in the 16th century, a process of cross-cultural musical dialogue was set into motion that has continued to the present. From the United States to South America, Central America and the Caribbean, a constellation of African musical traditions have blended with musical practices of Western European and Native American origin to form the foundations of the music cultures of the African diaspora. Meanwhile, these hybridized, diasporic reformulations of African music have played a central role in Africa’s musical modernity. What we understand as the “Black Atlantic” today has been fundamentally predicated on this continuously circulating, cross-cultural dialogue.

Although there were selected examples of this cross-cultural conversation prior to World War II, such as the influence of touring American gospel groups on South African choral traditions like the isicathamiya style later popularized by Ladysmith Black Mambazo’s “Nkosi Yami Ngabusiswa” (1985), this dialogue had generally been hindered by the history of slavery and the dynamics of colonization, as well as by the necessity of face-to-face contact between different culture bearers of the Black Atlantic world. With the dismantling of European colonization, and the global spread of broadcast and sound recording technologies following the war, the speed and intensity of the cultural exchange intensified exponentially, as musical sounds were loosened from fixed locations in space and time. 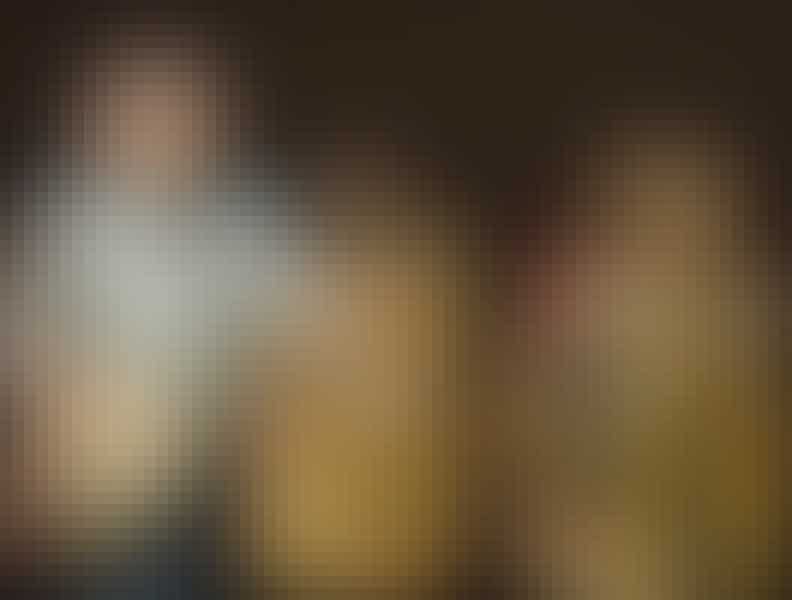 “I remember playing Dizzy’s music since I was in high school, playing the bassline to ‘A Night in Tunisia’,” Henriquez says. “All of my mentors were Latin jazz musicians who played with him, like Mario Bauzá, Cal Tjader, and all of these guys were very influenced by Dizzy.”
Carlos HenriquezPuerto Rican Bassist

An instructive example of this is the history of jazz. This music is considered a homegrown product of American culture, but the music’s birthplace in New Orleans also implied a cultural conversation with the Caribbean. A fascinating example of this is Louis Armstrong’s 1927 recording “King of the Zulus,” in which the performance is interrupted by a brief skit containing a dialogue between Armstrong and an unidentified man with a Jamaican accent. Given New Orleans’s geographic location on the Gulf of Mexico, the city has historically functioned as much as a northern outpost of the Caribbean as it has a cultural center of the American South. The same is true of other Southern American cities, such as Miami, that have maintained a vigorous musical exchange with nearby islands like Jamaica, Cuba, the Dominican Republic, and Puerto Rico through the migration of populations, the physical circulation of sound recordings, and regional radio broadcasts that could be accessed when weather permitted.

But jazz also has a prominent history throughout sub-Saharan Africa. As the American popular music that developed concurrently with the earliest years of the American broadcast industry, jazz was the first American popular style to impact the region. This was particularly true in the Anglophone areas. Jazz had a tremendous impact in South Africa throughout the mid-20th century, resulting in a thriving jazz scene that gave birth to internationally known musicians such as Hugh Masekela, Miriam Makeba, and Abdullah Ibrahim (Dollar Brand). American jazz musicians such as Dizzy Gillespie and Miles Davis encouraged African musicians to create their own hybrid jazz form drawing from their heritage. Shortly after his arrival in America, for example, Miles told South African jazz trumpeter Hugh Masekela: “Now you are playing bebop, if I were from South Africa, I wouldn’t be playing no bebop. Bebop you know and the [music] you know from your home. If you put that together, that’s gonna be a motha.” 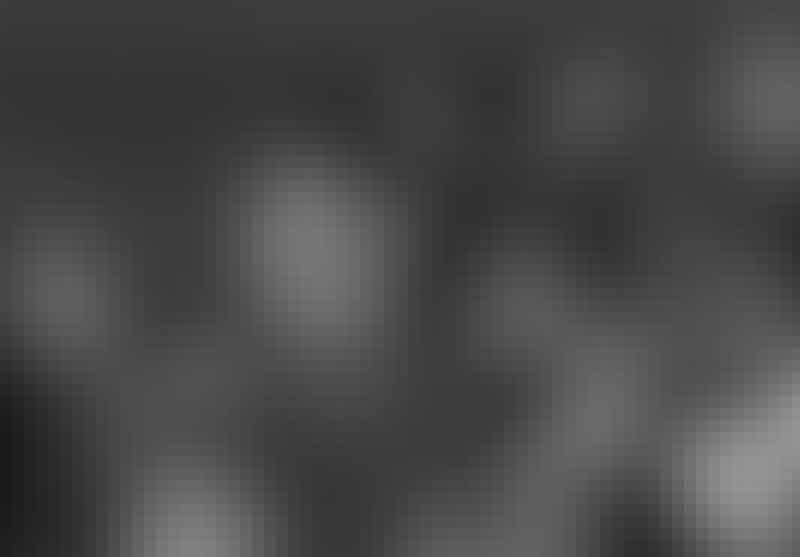 Jazz was later (along with Trinidadian calypso) also a fundamental catalyst in the development of the pan-Anglophone-West African dance music known as highlife, as illustrated in “Muntum” by E.T. Mensah from the album King of Highlife, which consolidated in the 1940s and 1950s and drew inspiration from the late 1950s African concert tours of musicians such as Louis Armstrong. By the late 1960s, the jazz influence had been supplanted by funk, soul, and rhythm and blues, resulting, for example, in the Afrobeat music of the Nigerian bandleader Fela Anikulapo-Kuti, which fused James Brown–styled funk with modal jazz and local highlife music in “Alagbon Close” (1974).

Another example of this influence can be found in the history of Caribbean music in Africa. In the Francophone regions of the continent, during the 1950s and 1960s, Cuban-based or derived genres, such as son montuno, mambo, pachanga, and salsa, played a formative role in the development of national popular musical styles in newly independent nations such as Guinea, Mali, Senegal, and the two Congos. In these areas, musicians such as Arsenio Rodríguez, El Septeto Habanero, and Johnny Pacheco provided the soundtrack of African independence. By the 1970s, Jamaican reggae had become a musical force throughout sub-Saharan Africa due to the popularity of Bob Marley and other Jamaican musicians and remained highly influential until the 1990s when digital methods of musical production rooted in American hip-hop paved the way for African electronic dance music such as kwaito (South Africa), kuduro (Angola), hip-life (Ghana), Senegalese rap, and Nigerian hip-hop.

The flip side of this cross-cultural conversation has been equally charged, albeit articulated on different terms. Due to the cultural disruptions of slavery, the influence of African music throughout the diaspora has been a more complex process, and much scholarly energy has been devoted to theorizing various African sources for the musical traditions of the diaspora. Depending on the location and circumstances, emphasizing the African elements in Afro-diasporic music has spanned a range from the teasing out of implicit African traits, to the foregrounding of explicit traits, to various forms of musical imagining intended to reconstruct lost African traits. Generally speaking, it wasn’t until the decades following World War II that people of African descent in the Americas had access to any substantial information about African music and culture in general, and it was primarily the political energy of decolonization that powered awareness of African culture throughout the diaspora. For African Americans in particular, the musical traditions of the Caribbean, with their strongly retained Africanisms, often served as a cultural “bridge” to African music, and the Caribbean traditions also nourished African American music on its own terms. One example of this would be the “Cubop” collaborations of bebop jazz musicians, such as Dizzy Gillespie and Charlie Parker, with Cuban musicians, such as Machito (Raul Grillo) and Chano Pozo, a project which eventually inspired Gillespie to investigate West African music. Another example would be the funk music of James Brown, which reflected his gospel and Rhythm and Blues roots and his jazz arrangers’ passion for Cuban music. Songs such as the anthemic “Say It Loud, I’m Black and I’m Proud” were inspired not only by Civil Rights in the United States, but by Brown’s mid-1960s visits to African countries such as Cote d’Ivoire and Nigeria. As mentioned earlier, Brown’s music later exerted a transformative influence upon African popular music.

Other diasporic genres such as Jamaican reggae, Nuyorican salsa in Larry Harlow’s “Abron Paso” (1972), and modern jazz were conceived within a cultural ethos of Black pride, an embrace of African cultural roots, and an ongoing pan-Africanist political/cultural dialogue that defined the 1970s. Reggae of the 1970s, for example, was strongly infused with the values of the Rastafarian religion, which emphasized Africa as the cultural homeland of all diasporic Africans. The salsa dura (hard salsa) produced in New York reflected Latino-Americans’ proximity to the Civil Rights struggle, and their own embrace of the Africanist elements that were a fundamental part of Spanish Caribbean culture. Artists such as Ismael Rivera, Willie Colón, and Celia Cruz strongly promoted the Africanist element in Latino culture, drawing frequently upon the imagery of Santería, the Yoruba religion practiced by descendants of African slaves in the Spanish Caribbean. Meanwhile, jazz artists such as John Coltrane and Miles Davis were working through their own imaginative reconstructions of African music through their work in modal jazz and jazz-rock fusion, respectively. Imaginings of traditional African music had infused Coltrane’s “Africa” (1961) and “Kulu Se Mama” (1967), and a decade later, Miles Davis’s jazz-rock fusion work made frequent references to African culture and politics in “Zimbabwe” (1976), and “Calypso Frelimo” and “Ife” (1974). It was in the same decade that the roots of rap music sprouted in New York City, a fusion of African American traditions of verbal improvisation with Jamaican traditions of “toasting” over prerecorded music.

is Professor of Music and African American Studies at Yale University. He received a B.M. at Berklee College of Music (Jazz Composition and Arranging), an  M.A. at Wesleyan University (Ethnomusicology) and his Ph.D at Wesleyan University (Ethnomusicology). Trained as an ethnomusicologist, his work addresses the themes of aesthetics, technology and politics within the cultural sphere of Africa and the African diaspora. His publications include the biography Fela: The Life & Times of an African Musical Icon (Temple University Press, 2000), documentation of the “Afrobeat” genre with Tony Allen: Master Drummer of Afrobeat (Duke University Press, 2013), Dub: Soundscapes and Shattered Songs in Jamaican Reggae (Wesleyan University Press, 2007), Punk Ethnography: The Sublime Frequencies Companion (co-edited with E. Tammy Kim, forthcoming) and Wait Until Tomorrow: John Coltrane and Miles Davis in the Digital Age.

Interview with Hugh Masekela on Capital Talk. The Future of Keyna. 4 Parts. 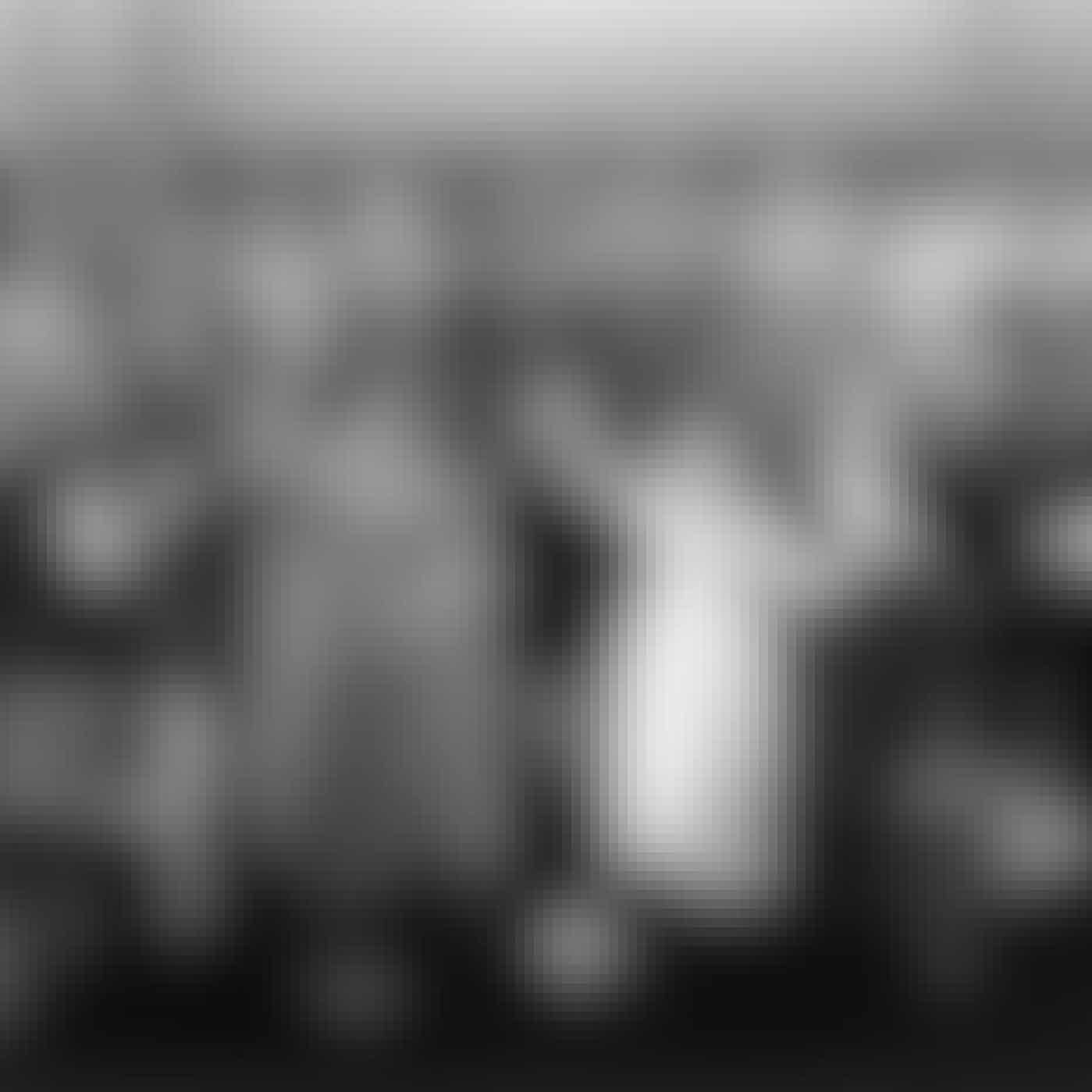 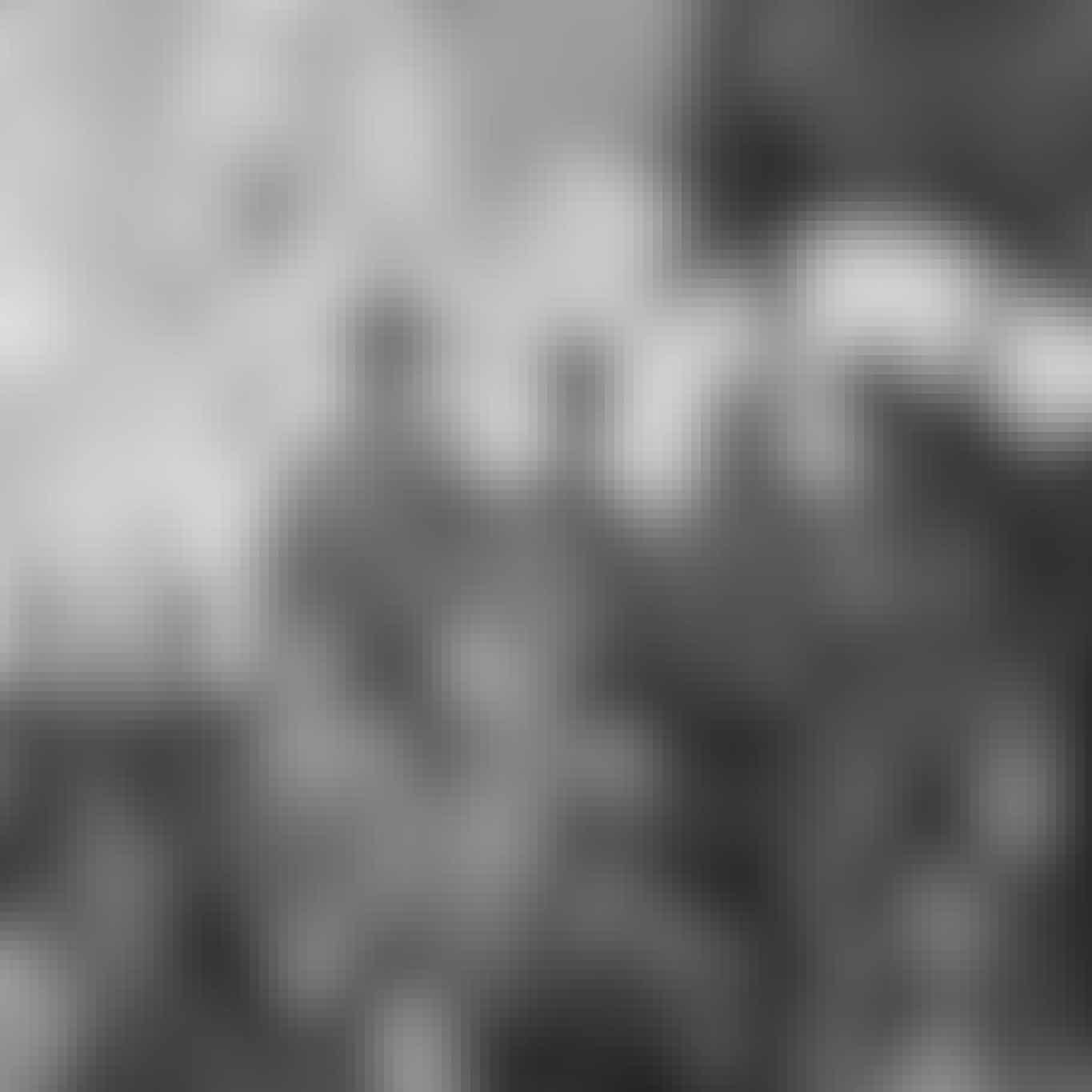 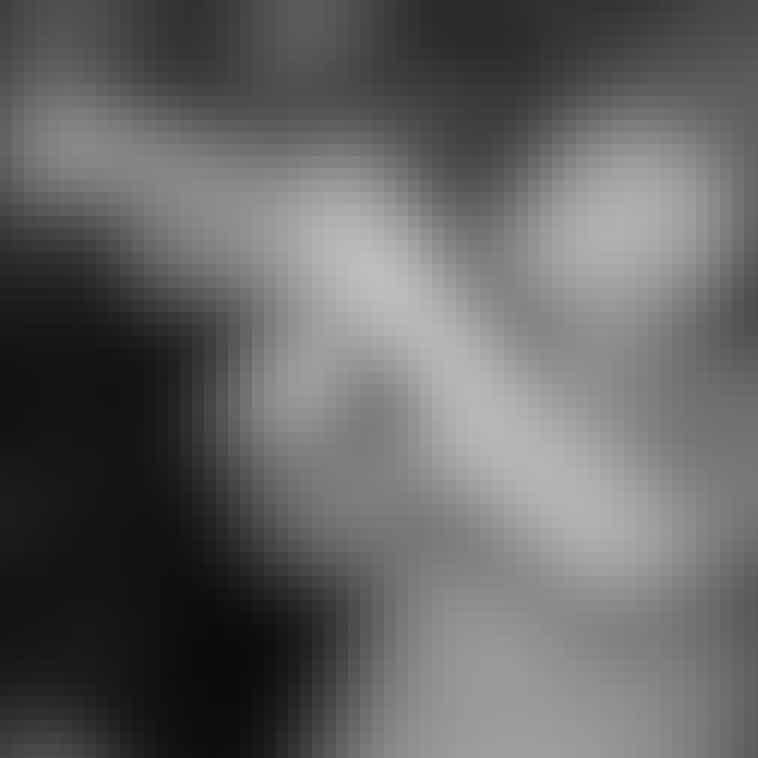